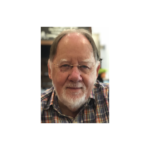 Professor Paul Brown: Applied neuroscience with a strong connection to executive coaching and brain and behaviour in organisations

Executive coaching seems, worldwide, to be an increasing and very large number of coaches who attach themselves to various schools of though and practice, share some commonalities about ethical standards and codes of conduct, but have no coherence as a shared-knowledge-based profession. This presentation argues for a strategic intent to establish a shared common knowledge base, and proposes that the developing discipline of applied neuroscience is a once-in-a-professional-lifetime opportunity for coaching to set some foundations for itself. It proposes what that body of knowledge might be.

Professor Paul Brown is a consulting clinical and organisational psychologist and executive coach and supervisor, Paul Brown is Professor of Organisational Neuroscience at Monarch Business School Switzerland and Visiting Professor, Henley Business School, UK. He has in recent time co-authored 4 books and a novel and writes an occasional column called Brain Gain for the IEDP management magazine Developing Leaders. In February 2016, when there were still seventeen Republican candidates in the field, he predicted in print that Donald Trump would become President of the United States. His more recent prediction that the President would get a second term was a close-run event but not, in the event, the case.

Living now in Laos, Dr Brown consults and teaches in South East Asia, the Middle East, Europe and America. He taught annually at the UK’s Royal College of Defence Studies for 25 years; has a long-standing professional advisory interest in how family businesses are handed on to the next generation; and supports, wherever he can, innovation, creativity, start-ups and incubators. His final books will advance new ideas about psychotherapy; consider the nature of love and trust in organisations; and propose a general theory of the individual and the organisation.