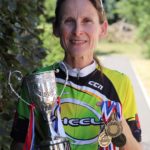 What happens when we dare to enter the realm of the dilemma? What and who influences us at such times and to what ends? The notion of future proofing our emotional wellbeing from the ravaging effects of ill-resolved dilemmas seems to suggest there is merit in questioning the notion of ‘equally undesirable alternatives’ before they are brought to fruition. In this case study, the journey of a priest is captured through a three phase development programme designed to ‘out’  inward ways of operating in the world of value-determine alternatives so that critical reflection, adaptation and renewal can take place.

In this session you will glimpse aspects of a three part approach which paved the way to a scenario which previously did not make dilemma status as it was not considered an option. How to shift deductive decision making onto the creation and resolution of ethical dilemmas is reviewed creating further complexity yet opportunity for change.

Dr Pamela Fiona Murray is an EMCC Member; Editorial Board Member on the International Journal of Evidence-Based Coaching & Mentoring; Former External Examiner for and fan of Oxford Brookes graduate, postgraduate, doctoral programmes in Coaching & Mentoring (likewise for Oxford School of Mentoring & Hong Kong University); SAGE text reviewer in leadership, coaching and mentoring; Member of the All Party Parliamentary Group for a Fit and Healthy Childhood.

Pamela is a keen Level 3 UK Sports Coach, prior practitioner in sport psychology working with individuals, teams and national governing bodies in amateur and professional sport. As one of the original writers contributing to the UK’s first professional diploma in sport’s coaching, with the then-named National Coaching Foundation, Pamela has an extensive career in supporting performance optimisation. As originator of ‘IS4’, the Integrating Sport Science Support Strategy, an interdisciplinary methodology designed to look after the performer and performance, sanctioned by the British Olympic Association and received by the National Coaching School of Canada, Pamela benefited from the collaboration of experienced mentors of various guises & practising coaches in the realisation of her project. Importing high performance team approaches into human factor arenas. e.g. the Ministry of Defence, Pamela was able to explore performance preparation methods congruent with a range of operational requirements. Responsible for the original idea for and approach conceptualisation of the ‘Force Development Strategy’, supported by the Air Force Board, and for the development of the RAF Mentoring Scheme, Pamela has been able to involve herself with the training for of key staffs to roll out such strategies on pan-organisational basis. Pamela has accrued a rich tapestry of intervention insights and learned form an array of wonderful colleagues along the way. Pamela currently advocates for the wellbeing of children in strife through contributing to joint and solo work products for the All Party Parliamentary Group for a Fit and Healthy Childhood.