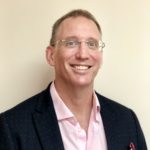 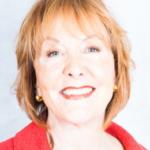 Team coaching is the fastest growing area of coaching. The number of supervisors who have sufficient and relevant experience in team coaching is, however, very limited even with the increasing recognition that supervision adds value in supporting practice development. One estimate is that the world will need 150,000 new team coaches over the next five years.

The pilot team coaching supervision programme presented in this session was designed and co-created with the support of participants and with a purpose of evaluating the feasibility of EMCC Global creating accreditations for Team Coach Supervisor training programmes and also for Individual Coach Supervisor practice.

You will learn about the differences between coach/mentor supervision and team coaching supervision. We will also present our findings on the additional challenges faced by team coaches and how these inform the role of supervision.

We also want to hear your thoughts on how you see where the differences may be in supervising team coaches and how this informs the practice of team coach supervisors.

Dr Lise Lewis is founder of Bluesky International provider of virtual EMCC EQA and ESQA accredited coach/mentor and coach supervisor training programmes. She is a practising EMCC EIA Accredited Executive Coach | Mentor specialising in Relational Leadership for the last 25 years and developed her practice to become an EMCC ESIA accredited Supervisor for independent and in-house coaches, mentors and supervisors.

Lise is Past President of EMCC Global (2011-2017) and currently EMCC Global Special Ambassador promoting the work and ethos of EMCC. She also has Honorary Membership of other coaching and mentoring bodies.

Lise’s immersion in the study of human behaviour culminated in writing the book Relational Feedback: Why Feedback Fails and How to Make it More Meaningful published in February 2020 and based on the findings of a doctoral research study. She is also a global keynote speaker, researcher, masterclass presenter and contributor of webinars and articles on a range of coaching topics including Relational Leadership.

Tony Dickel is the CEO of Transcend International Group Limited.  He is one of the leading executive coaches, coach educators, coaching supervisors in the Asian region having several thousand hours of coaching and coach training experience with both individual and with teams. Tony is accomplished with helping leaders and teams create the conditions for exceptional performance through helping cultivate focus, resilience and well-being, leading to agile and adaptive mindsets responsive to what is called for from them, especially in circumstances of profound overwhelm and “busyness”. Tony is also a practising psychotherapist, specialising in the use of mindfulness-based cognitive therapies such as ACT, MBCT and MBSR to help people adapt to profound and simultaneous systemic shifts which are prevalent in modernity.

Tony has held Board level positions within the Investment Banking, Consulting and Consumer sectors over a period of more than 20 years and is also. He numbers among his clients a “who’s-who” of leading organisations such as McKinsey, Bank of America, Roche, GAP, PWC, HSBC, LVMH to name just a few.

Tony is also Immediate Past President of the Hong Kong International Coaching Community (on which body he has been on the Board for more than 10 years) as well as holding president roles and examiner roles in other coaching bodies. He is an EMCC Global examiner.

Apart from his coaching and mindfulness accreditations at the highest level, Tony also has a Degree in Biochemistry with Honours from Imperial College London (specialising in “Neurochemistry”) and Holds a Masters Degree in Counselling from Monash University.

Craig McKenzie is passionate about creating pathways to connect and unleash leaders to make an unexpected and sustainable positive impact on their companies, communities and societies at large. He has over 15 years of coaching and mentoring experience with proven and emerging leaders and has facilitated and designed programmes for executives and leaders at all levels within organisations in over 10 countries over the past 25 years.

He keeps an active coaching, team coaching and supervision practice along with the design and delivery of accredited training and corporate leadership programmes.

Craig has been on the leading edge of bringing professional coach training and team coaching into the Asian region, working closely with Professor David Clutterbuck for the past four years delivering certification programmes and building a robust team coaching practice. Craig has extensive international experience designing and delivering ICF and EMCC accredited coach training programs both online and in person. Within the International Coach Federation (ICF) he is PCC, mentor coach and Past President of the ICFHK Charter Chapter. Within the European Coaching and Mentoring Council (EMCC), he is an EIA Senior Practitioner Accredited Coach and an ITCA Senior Practitioner Accredited Team Coach and an ESIA Accredited Supervisor and a Founding Member of EMCC Global Asia Pacific Region.

Professor David Clutterbuck is one of Europe’s most respected writers and thinkers on leadership, coaching and mentoring. He has written nearly 50 books and hundreds of articles on cutting edge management themes.

He is co-founder of EMCC Global and founder of the thriving international consultancy, Clutterbuck Associates, which specialises in helping people in organisations develop leadership and coaching skills to help others. David is perhaps best-known in recent years for his work on mentoring, on which he consults around the world. His 12 books on mentoring and coaching include the classic “Everyone needs a mentor”, as well as “Learning Alliances”, “Mentoring in Action”, “Mentoring executives and directors”, “Techniques in Coaching and Mentoring”, and “Making Coaching Work and Coaching Teams at Work”.

David has been responsible for the implementation, monitoring, and evaluation of highly successful mentoring and coaching programmes in numerous organisations around the world, including Standard Chartered Bank, Goldman Sachs, Lloyds-TSB, World Bank and Nokia. David has worked with the Audit Commission in the UK, implementing a diversity mentoring programme that is now in its fifth phase.

He also researches, publishes and consults widely on Board performance and behaviour; and is currently investigating why succession planning so often doesn’t work. The link between these interests is the critical importance of dialogue, between individuals, and between them and the organisations, in which they work. He has helped hundreds of senior teams across the world find the Massively Difficult Questions that lead to a deeper understanding of themselves and their businesses.

David was listed as one of the top 25 most influential thinkers in the field of Human Resources by HR Magazine and was described by The Sunday Independent as second in the list of top business coaches in the UK.

He is an Founder and Honorary Vice President of EMCC Global. He is visiting professor at both Sheffield Hallam University and Oxford Brookes University and is active in a charity he co-founded to develop new ways of using mentoring-style approaches to support young people with learning or social disabilities.