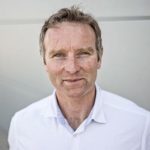 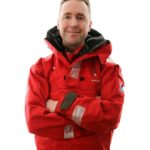 The Clipper Round the World Yacht Race is renowned as one of the most challenging feats of human and team endurance on the planet. Crews with generally no previous sailing experience, racing 40,000 nautical miles around the world on a 70-ft yacht. We’ve been lucky enough, at Mission Performance, to be a part of this incredible race for two editions.

The Race is a One-Design Race which means the equipment on each of the 12 yachts is identical. The crews are built evenly (sex-age-experience) across the yachts. The difference in performance comes from the Professional Skipper and the Crew, and how both work together to race in this definitive Volatile, Uncertain, Changeable and Ambiguous environment (VUCA)

We studied the race across two editions 2013-2016. We conducted a research project and coached the skippers on their circum-navigations. In the course of our work we learnt a huge amount about human and team performance. In particular the importance of Team Coaching and 5 other keys to high performance.

You will hear from the research and lead coach on the 4 year study and from Brendan Hall a race wining skipper and best-selling author of Team Spirit – Life and Leadership on one of the World’s Toughest Yacht Races.

This book is often referenced as a go-to book for those seeking into insight into how to lead in these uncertain times.

Although Brendan was the youngest and least experienced skipper in the race, his team and I won it in convincing fashion. They didn’t win because Brendan was the best sailor or strategist, but because he created the most engaged and empowered on-board culture, with a compelling vision, strong values and a continuous-improvement mindset.

Brendan is now an international keynote speaker, who shows organisations, from start-ups to Multinationals  how to positively develop their own internal culture, in the face of change, disruption and uncertainty.

Rob Lewis is a graduate in development economics and qualification as a secondary school teacher of Geography preceded a career in the Royal Marines where I won the Commando Medal in Officer Training and went on to lead teams in a variety of challenging operational environments. I went on to be a lead facilitator at the Royal Naval Leadership school coaching senior managers in all aspects of leadership.

I have 20 years of training design, consulting and delivery experience globally, working for some of the world’s largest and most successful organisations. From executive coaching to global development programmes.